Home / What The ? / Woman’s Nipple Ring Ripped Off By Magician’s Magnet

Most people go to a magic show expecting a few mysteries and a little excitement. Thursday night a young woman from the German city of Merzig got more than she bargained for when she was asked on stage to help with a magic trick. 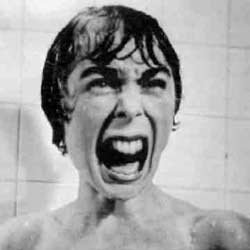 The magician asked the woman to hold a small metal cage with a dove in it. While holding the cage in front of her chest the magician jerked the cage quickly away from her. One of the very strong magnets used to hold it together for the trick stuck to her nipple ring and ripped it out.

The magnet used was so strong that it pulled the nipple ring all the way through her shirt. The shocked woman let out a scream and grabbed her breast. Most of the people in attendance assumed it was part of the act until blood poured down her torn blouse.

This was the magician’s first and probably last appearance at the Panorama Hotel in Saarlouis, Germany.