Home / What The ? / Nudist Slams Testicles In Car Door.

Most everyone at sometime or another has smashed their finger while closing a door. The excruciating pain of a smashed finger cannot compare to the pain suffered by a 73 year old nudist this week in Florida. 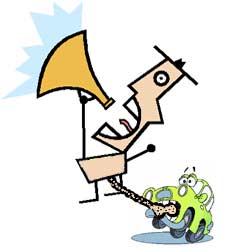 While staying at the RV campground section of the Cypress Cove Nudist Resort near Orlando Florida, the sun worshiper’s slip up almost cost him his testicles. After backing his small camper into its parking spot at the resort, he and his wife were gathering some things out of the back seats of there car. The man had his arms full and attempted to close the car door by shutting it with his rear end.

Everybody in the campground knew that someone had gotten hurt pretty bad ,said one of the resorts employees. With the mixture of the man and his wife screaming the mishap could be heard through out half of the resort.

They were only stuck in the door for maybe 5 seconds ,said the nudist who refused to give out his name. My wife was as scared as I was. As soon as I shut the door I knew I had messed up in a big way. I guess they just swung back and slammed in there when I pushed the door closed with my butt, he said.

I can’t imagine the pain he was in but they didn’t fill the need to go to the hospital and they plan on finishing out their vacation in Orlando.