Alan Pike was at the zoo Sunday with his family. “I stopped to watch the elephants with my daughter. When I picked her up so she could see over the fence better, my new phone fell out of my pocket and the elephant quickly reached out and picked it up. I though he would just drop it on the ground but he put it in his mouth and reached out towards us like he wanted another”.

“I told the zoo keepers what had happened but they didn’t seem to concerned. They said that it would probably show up in a few days and if I wanted to leave my number they would call me back . The keeper even asked what kind of phone it was as if they find them in the elephant poop all the time”.

“When I told him it was a LG Chocolate, he though I was joking and just walked away”, said Pike. 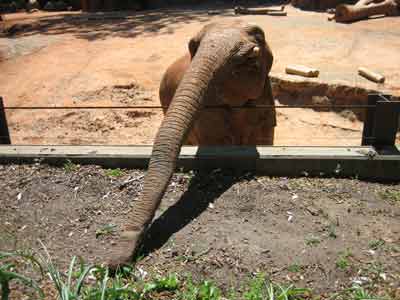