A 14 year old boy from Brevard, North Carolina was nearly killed Sunday while trying to stop his Xbox 360 from overheating.

The boy’s mother told local news that his Xbox 360 kept turning itself off after about 5 minutes. Her son had read online that he could stop it from cutting off by cooling the power supply. “I saw him put the cord on top of a box in the living room”, said the boy’s mother. “When I left to go next door he was playing a game but when I got back he was laying on his back on the floor and unconscious”.

While his mother was away the boy had taken the power supply and wrapped it in plastic and tape. In an attempt to cool it off, he submerged it into a pan of water with the cord still plugged in. The boy had regained consciousness by the time paramedics had arrived. He was taken to the Transylvania Community Hospital in Brevard where he spent the night. 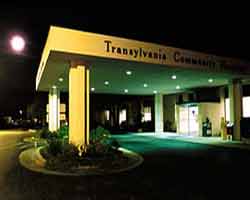 Aside from getting knocked unconscious the boy only suffered small burns to his right hand and foot.