Home / What The ? / Woman Claims Deceased NASCAR Driver Dale Earnhardt Comes To Her On Computer

Concord, N.C.–Twenty-eight-year-old Becky Tabor has been a huge Dale Earnhardt fan for most of her life. What she has been claiming to see over the last few weeks was finally captured on camera Monday afternoon.

Becky Tabor has been telling neighbors that the late NASCAR Superstar Dale Earnhardt was appearing on her computer screen when she would shut it down to go to bed. “The image of Dale is one I have never seen before this started happening to me”, said Tabor. “I keep a picture of his old Wrangler car as my computer background so that not where it comes from”. 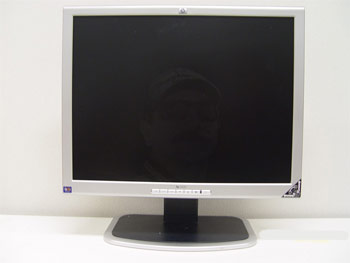 Tabor had tried to take a picture of the image for a while but it just didn’t show when she looked back at the photo. “My friend Vicky came over for me to show her the image but Dale never appeared when she was here”, said Tabor. “I was about to give up until I got lucky Monday. I thought everyone was going to call me a nut case”.

“Dale Earnhardt’s spirit is still with all of us die hard NASCAR fans and he just wanted me to know it. I’m just happy that he knows we still care”.