Home / What The ? / Inmate Caught Hidding Apple iPhone In His Rectum 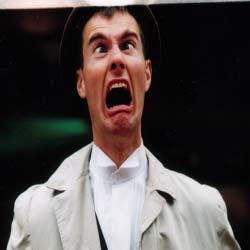 In prisons around the country many inmates are know to hide contraband items in some of the weirdest places to keep guards from taking the items away. Drugs and homemade knives seem two top choice for the best hiding spots. Tuesday’s find at The United States Penitentiary Big Sandy, located in Inez, Kentucky is thought to be the first confiscation of a Apple iPhone in a U.S. prison facility.

After three days of pain and internal bleeding one of Big Sandy’s inmates was sent to the prison hospital where he was found to be hiding the iPhone in his rectum. Prison doctors reported that he had inserted it in his rectum after receiving it from his wife during a visit. After a day of trying to remove it he had torn the wall of his rectum and began bleeding and was showing signs of infection.

The iPhone was removed and the prisoner should recover fully, stated prison officials.

Courtesy of the Mountain Citizen.