Home / What The ? / This Is Why You Never Touch Your Tongue To A Capacitor

Mark Pickins had been training at the Greenville S.C. Circuit City for three weeks. One of the car audio installers that had worked there for quit a while was helping Pickins install an amplifier in a SUV. They were having to put in two capacitors to keep the high powered stereo system from losing power at near peak volume.

When working with capacitors you have to pre-charge it to keep too much power from being pulled from your battery at first. It will burn up wiring if you just hook them to the battery without first slowly charging them from another source. A third employee had brought the two capacitors over to the SUV that they were installing them on. 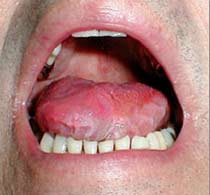 Apparently a capacitor has the ability to be discharged and then will somehow regain its power after sitting for a bit of time. Pickins did not know this but his co-workers did. They just didn’t expect it to be that strong. The capacitor burnt his tongue enough for a trip to the ER and led to the firing of his co-workers.