Home / Mobile Phones / Samsung Galaxy S7 and Edge vs. LG G5 Video Comparison For Which Is Best For You 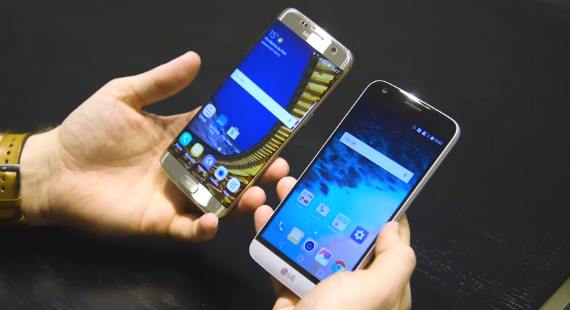 Take a close look at the Samsung Galaxy S7, S7 Edge, and LG G5. They are some of the biggest announcements of Mobile World Congress 2016 and this guy puts them side by side in this video for a head to head comparison.

There are many similarities between Samsung and LG’s phones, but a number of major differences, as well. Check out the biggest Android phones of the year, so far in 2016.

Pre-order the Samsung Galaxy S7 or Edge and get accessories here now.