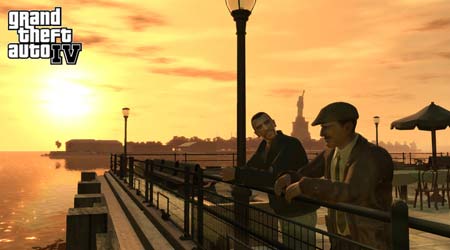 Grand Theft Auto IV – GTA 4 Return to Liberty City is a brand new adventure in the GTA universe following the experiences of Nikolai “Niko” Bellic, a new immigrant from an undisclosed eastern European country whose troubled past and the persuasion of his cousin Roman have brought him to the fictional Liberty City. Unfortunately, Nikoâ€™s search for the American Dream and a much needed fresh start, hits an immediate snag when the rags to riches story Roman spun to pique Niko’s interest is exposed as not only a complete fabrication, but a ploy to enlist Nikoâ€™s well-known skills as a tough guy against the ample list of enemies clamoring for Romanâ€™s debt-ridden blood.

At any time during the game, pull out Niko’s phone and dial these numbers for the desired effect.Please note that cheats will affect missions and achievements.

Enter the following password into the in-game computers. This is not a real URL! 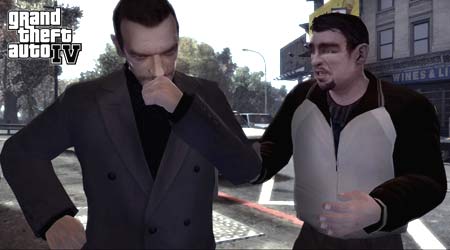 Perform the required task to unlock the achievement.

The Heart of Liberty City

First, you’ll have to have access to Happiness Island. Once you’re able to go there legally, find the Helicopter Tours (which is directly east of Happiness Island) and steal a helicopter. Fly to Happiness Island and over the Statue of Liberty, then jump out of the helicopter at the statue’s feet. You should land on the topmost tier of the statue, which is basically a square platform with a door in the center of each side. Run around the platform until you see a door with a plaque on either side of it that reads, “No Hidden Content Here.” It may seem like you cannot go through the door, but you can– it doesn’t open, you simply walk THROUGH the door. Inside, you’ll find an empty room with a tall ladder. Climb it, and when you reach the top, look up; there is a gigantic beating heart, held in place by chains.

Go to an ATM, then cause a traffic jam to the area. Wait for someone to take money from the ATM, then kill him or her. Make sure to block any nearby roads so the ambulance cannot get to the murdered victim. Take the money they dropped on the ground. Then, run a short distance away, and go back. The money should have respawned on the ground. You can repeat this as many times as desired. You can also kill more people taking their money from the ATM to increase the amount of money that respawns.