Home / What The ? / Diaper Wearing Gears Of War Players Shut Down Tournament 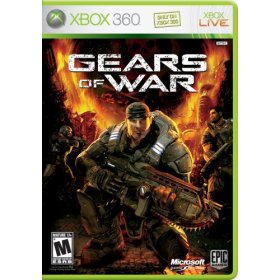 Among the sixty plus competitors was a very determined team of young adults and one teenager who were equipped with disposable adult diapers. Security for the rented warehouse was forced to remove one of the players after others complained of the septic tank like smells coming from a nearby 16 year old gamer.

The team had the intention of only using the diapers for an emergency trip but after the 16 year old had consumed five cans of a caffeine loaded drink called a Spike Shooter he claimed he just couldn’t hold it. And “it” being the worst kind or it. Being the dedicated gamer he was he just tried to ignore his accident.

Nearby competitors felt it hard to overlook his slip up and asked him to be removed. After being removed from the tournament her proceeded to call local law enforcement and complain about his ejection not realizing he had attended an illegal paid gathering.

Upon arrival officers dispersed the tournament and issued fines. No arrests were made.