Home / What The ? / Woman Tans Herself To Death

A 29 year old English woman has died of skin cancer after years of 2 a day tanning sessions. 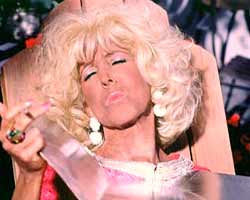 Zita Farrelly’s addiction to tanning started when she was 14. She finely dropped her habit at the age of 21. By then it was to late. 8 Years later she discovered she had skin melanomas and a quick 9 months later she was dead.

Doctors believe that her cancer came from the heavy use of the tanning beds. Before Farrelly died she did what she could to warn people of the dangers of using the artificial sun machines. She just wanted to let people know just how dangerous they are, said one of her friends.