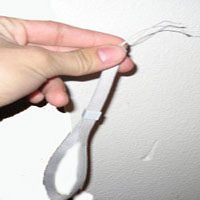 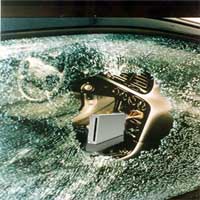 A near-by man waiting in line to play the Wii next, warned Mueller about the weak straps that have been reported around the US. Mueller looked back at the man and offered to show him that it was almost impossible to break the cord. Swinging his arm violently around in a display of the straps strength, he snapped the cord sending it into the window of a Volkswagen Lupo. Embarrassed by what he had done, he apologized but still blamed Nintendo for what he called (“grobe Fahrlaessigkeit” ) gross negligence .