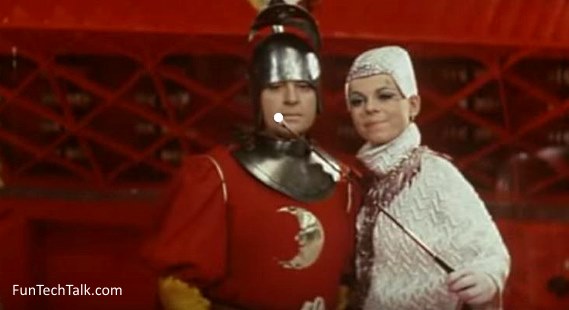 The first use of and electronic selfie stick was used in a movie that was released in 1970 called “Zabil jsem Einsteina, panove”.

The film the selfie stick was used in came from a futuristic science fiction comedy features an atomic bomb blast that causes women to grow beards and lose the ability to have children. A summit meeting is held at the United Nations, with the proposed solution of building a time machine. The decision is made to travel back in time and murder Einstein, with the hopeful result being that without the noted mathematician’s research there will be no atomic bombs.