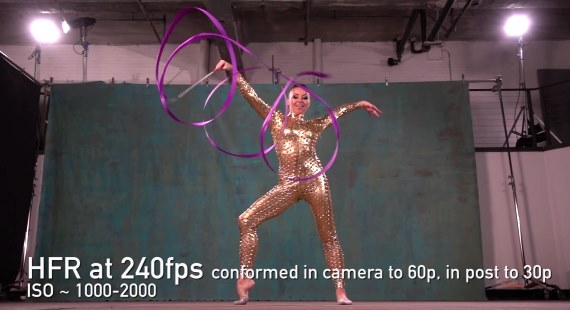 Also they tested the AF auto focus with face tracking and image stabilization.

Top Reasons To Buy:
24 fps bursts with AF/AE: It’s difficult to miss a moment with the RX100 V, as it can fire off full-resolution JPEG and Raw files at 24fps with full autofocus and autoexposure. That also means you can essentially assemble short 5.5K 12-bit Raw video from burst shots.

Long buffer, fast operation: Boosted processing power allows you to consecutively shoot up to 150 JPEGs, or 60 Raw/JPEGs, at 24 fps. You can also now review and check focus on your images immediately after shooting a burst.