I though I would test my Panasonic GX85 camera with my Nikon 10.5mm f2.8G DX Fisheye Lens. I am just getting used to using my Micro 4/3 GX85 after spending a couple of years using mostly a Nikon D7100 DSLR. I have plenty of Nikon F mount lenses and plan on trying them all out on the GX85 by way of adapter.

To start, I bought three different Nikon to micro 4/3 adapters until I found the one I was happy with. The first one was OK build quality but had no Aperture adjustment on it. The second adapter was loose and the lens rattled around on the camera body. I tried one last time and finally got it right. The Nikon lenses fit firm and the adapter mounts on the body with the feel of a Panasonic lens. I’m now happy!

I took the Panasonic / Nikon combo out to a local gardens for some test video and photographs. It was a very bright, sunny day and I had a bit of a hard time getting my exposure nailed down. The GX85 would give me an exposure meter but I later found out that the camera was overexposing all the photos and video I shot that day. On average I came in two stops over. Not sure why that was but I tried a wide variety of aperture, ISO, shutter speed combos and got the same results.

Below is a gallery of sample images that came strait from the camera in the highest quality JPEG mode. No Photoshop or other corrections made so you can see the real results out of the GX85 / Nikon 10.5mm F2.8 combo. 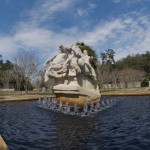 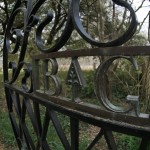 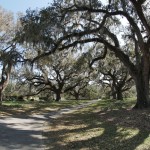 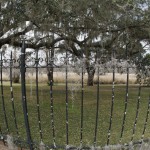 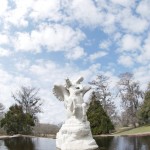 The lens gives the GX85 a full frame equivalent of 21mm. There is still a bit of fisheye effect when on a micro 4/3 body but not nearly as exaggerated as when used on a Nikon DX body. It looks more like a standard wide-angle lens. Most of the remaining fisheye effect can be removed in Photoshop or Lightroom. The lens is heavier than most micro 4/3 lenses but the J.B. grip I added on the camera helps get a steady shot.

Overall I am very pleased with the Panasonic GX85 / Nikon 10.5mm combo. Now that I know to underexpose video and photos by two stops I have a good starting point to work from. I look forwarder to using my Nikon lenses on the GX85. Check back on the site from time to time as I will be testing out how well other Nikon lenses perform on the GX85.

The video below was shot in 4k 30fps 100Mbps at a 60th shutter speed. All video was shot handheld with body and electronic stabilization turned on. I added some color and lowered the exposure two stops. It was compressed down to 50Mbps before uploading the video.