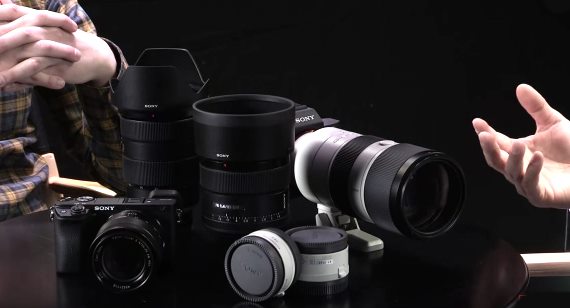 Kenta Honjo from Sony cameras shows off the a6300, adding to Sony’s quality lineup of mirrorless cameras, along with three brand new lenses from the upcoming G-Master series.

The a6300 reaches an amazing .05 second AF time thanks to its 425 phase-detect AF points, even faster than the a6000, plus it’s now capable of 4k video thanks to a redesigned 24.2MP sensor. The new lenses offer fast speeds, incredibly sharp picture, creamy smooth bokeh, and have been optimized for both stills and video.