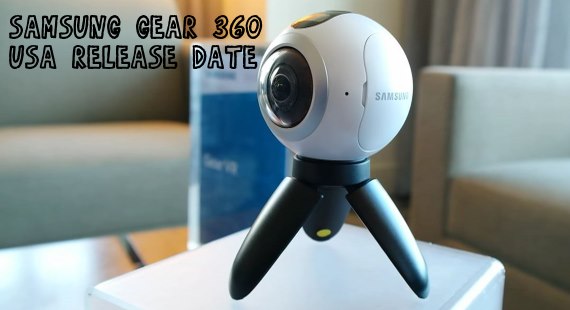 The new 2016 Samsung Gear 360 Degree Spherical Camera has gotten a real release date. You can record directly from the Gear 360 or remotely, using your Galaxy smartphone “Shoot in live view mode”.

Up until now, the Gear 360 was only available in Singapore, Korea, and New Zealand, though Samsung did sell some units at VidCon last June. The camera uses two ultra-wide 195-degree lenses to capture overlapping images, and it uses your phone’s processor to stitch them together into 360-degree photos and videos. Right now it is only compatible with newer Samsung phones like the Galaxy S7 or S7 Edge, Note 5 and 7, though mode for other Android phones have already started to be developed.

You can find the international version for sale now and pre-order the USA version here.
.
.