Home / What The ? / Man Caught With Up-Skirt Cam Built Into His Boot

Local police in Koblenz, Germany were alerted to a man with a spy camera built into his boot. 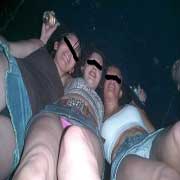 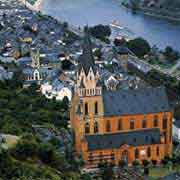 At a large bicycling event called The Rhine Valley Cycle Day there are thousands of cyclist who travel the closed road. They stop at party spots in the participating towns along the river. Each town offers food and beer to the riders and usually have party stages with music. There are often hundreds gathered at stages watching bands while drinking and partying.

The man arrested was 54 years old and had past convictions for lewd behavior with young girls. He was spotted repeatedly following a pack of teenage girls. Many of the girls were wearing skirts. An older woman had thought it was inappropriate for him to be following the girls around and confronted the man. While talking to him, she noticed a small lens on the top of his boot and called over a local police officer working the event.

After pulling the man aside the officer asked him to remove his boot. Inside he found a mini spy camera with a wire that connected to a device is the man’s fanny pack. When asked what the device was for the man sprinted away but as he rounded the corner he slipped and hurt his knee so severely the officer found him lying on the sidewalk crying in pain.