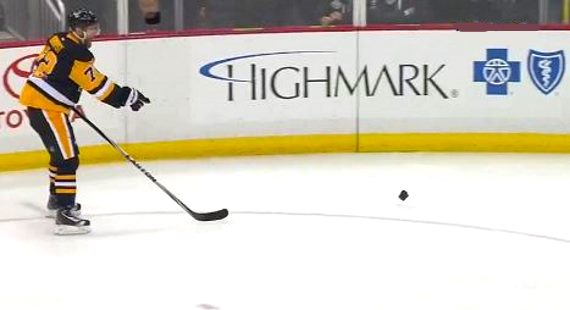 Nightmare scenario for cameraman at the NHL Stanley Cup Finals when he drops a lens trough the glass and onto the ice. The lens gets batted around a bit but at least no one take a slap shot towards the net with it.

I cry a tear for the poor photographer who let their lens loose on the ice. I have only dropped a lens once and luckily it was on grass at a wedding. Not in front of a national TV audience at Game 2 of the Stanley Cup Finals between the San Jose Sharks and Pittsburgh Penguins.

According to Fansided, “Penguins forward Patric Hornqvist honestly believed that the lens was the puck until he played it and he realized that it didn’t quite move the way that a puck would. He immediately pointed it out to prevent what could have been a very interesting scenario for both teams“.